In this text, I am describing what a collapsible camping cot is and what a folding camping cot is, at least in the sense used in my site.

There are various terms used to describe cots that can be packed to a smaller size, and the terminology can be confusing. Manufacturers sometimes use these terms inappropriately or interchangeably.

Indeed, when you fold a cot, it collapses to a much smaller size than what it is when it is in use. So it is not wrong to describe it both as collapsible and folding (or foldable).

I am certainly not an expert in the English language (not my native at all), so this text is mainly aimed at explaining the terminology used in this site.

So you can have two major groups:

Obviously, even the simplest folding cots must be open and deployed, and one could describe this as assembly, no matter how simple it is. So the more important difference may be that about the separate pieces.

Here you can have two main types:

The picture below shows how you can fold a cot where all the elements are pre-attached to each other. This is one example from the first group mentioned above.

Observe that in this example the cot remains relatively large in one dimension only. This makes it similar to what can be described as collapsible cots which are mostly in such a shape when packed. This is partly behind the confusion in the terminology.

You can deploy such cots in seconds. If you do not believe, see this video of the Kamp-Rite EZ Fold cot, to see more please follow the link:

Now you realize why I use to say that they open like an umbrella. The construction of these cots may look complicated but they really work nicely.

Here is one typical example of the folding cots from the second group, the Coleman ComfortSmart Deluxe Cot:

This particular cot comes with a mattress included, but this is not always so with such folding cot. Many more you can see in my list of best folding cots for camping.

So collapsible cots also fold at least partly. For example, those from the military-type cots usually have all the elements preattached except for two end bars. They need assembly but this is just adding those two end bars.
Here is one example, the Coleman Big-N-Tall cot:

One more great example from this group is this famous Teton Sports Outfitter XXL Cot, see how it looks:

But there are various types in this group and some need more work, one typical example is this ALPS Mountaineering Lightweight Cot:

Observe that here you do not have end-bars as in the case of military-type cots. So the length is fully usable.

There are even more complicated types here, with a bow frame technology, these are currently the lightest on the market, and one of the champions is this new Therm-a-Rest UltraLite Cot, but see also the Therm-A-Rest LuxuryLite Mesh Cot.

In this video, you can see how to setup one of them, the Therm-A-Rest LuxuryLite Mesh Cot:

As you see, it takes some time, but the result is great. These cots are usually incredibly packable so you can carry them in the backpack, attached to the backpack, on a bicycle, on a motorbike, and in the car of course.

So I hope you did not get even more confused and that now you have a better idea of what a collapsible camping cot really is and what makes the difference when you speak about folding camping cots.

It is OK to use the term collapsible and folding interchangeably for any of the two. This is because all of them become smaller when packed, so they essentially collapse to a smaller size. Also, all of them fold in one way or another.

But these terms are used here to group the cots in different categories, for a bit easier navigation and not much more than that.

Thank you for reading and please let me know if you have any questions and comments. I wish you a nice day.

Affiliate Disclosure: This site is a participant in the Amazon Services LLC Associates Program, an affiliate advertising program designed to provide a means for sites to earn advertising fees by advertising and linking to amazon.com.

As an Amazon Associate, we earn from qualifying purchases. Please read more here. 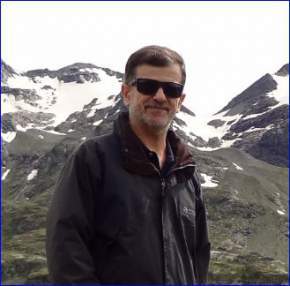 Hi everybody, my name is Jovo, I am the founder of this site. Are you getting ready for camping? In this site, you will find all tent cots available on the market.